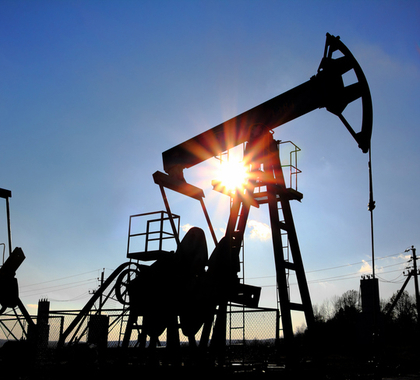 A new Energy Analysis from the American Gas Association (AGA) demonstrates just how crucial natural gas was during the February cold snap in Texas to keeping homes in the Lone Star State provided with electricity and heat at a time of record consumption.

According to the AGA analysis, consumption of natural gas for residential and commercial uses jumped 238 percent during the winter storm, while industrial demand increased by 47 percent and gas flows to power generation increased by 184 percent. Fortunately for Texans, the industry was able to meet that demand.

“Overall, Texas set a new record for natural gas consumption even with the severe challenges associated with the electric power outages,” the analysis states. “The cold drove a substantial increase in natural gas use for power generation, industrial consumption, and residential and commercial demand.”

The AGA paper also documents how natural gas storage played a crucial role in keeping homes in Texas heated during the snap. “The [U.S. Energy Information Administration] reported that withdrawals from underground storage totaled 338 Bcf [billion cubic feet] for the week ending February 19, 2021, representing the second-largest weekly withdrawal ever. Withdrawals in the U.S. South Central region, which serves Texas and surrounding markets, increased by 184 percent from two weeks earlier, for a record amount withdrawal of 156 Bcf from storage.”

“The resiliency of the natural gas transmission and distribution system was on display throughout the middle of February 2021,” the analysis concludes. “While large areas of the country struggled with the effects of the polar cold event, natural gas utility companies were able to use their investments in infrastructure, operations, and planning to keep customers supplied with a reliable energy source to heat their homes, even amid severe supply constraints.”

AGA’s argument for the reliability of natural gas systems in Texas was backed up by Texas Railroad Commission Chair Christi Craddick, who testified before the U.S. House Energy and Commerce Committee in March that only 2,153 natural gas customers in the state experienced any sort of disruption during the cold snap. Basically, 99.95 percent of Texas natural gas customers—13 million Texans in 4.6 million households—did not experience any sort of service disruption during the cold snap.

Texas has a renewable portfolio standard which mandates the use of “renewable energy” sources such as wind and solar in the state’s electricity grid. The goal of  reaching 10,000 megawatts of renewable capacity was met in 2010, mostly through wind sources. However, these renewable sources failed the reliability test during the freeze, as output from wind turbines in the state fell by 93 percent between February 8 and February 16. During the same period output from natural gas sources increased by 450 percent.

Renewable energy mandates (REMs) such as Texas’ Renewable Portfolio Standard force expensive, unreliable, heavily subsidized, and politically favored electricity sources such as wind and solar on ratepayers and taxpayers while providing few, if any, net environmental benefits. Even worse, these mandates disproportionally impact low-income households by raising their electric bills as well as the cost of all goods and services.

A 2020 working paper from the Energy Policy Institute at the University of Chicago showed REMs are dramatically increasing retail electricity prices and are a very expensive way to try to reduce carbon dioxide emissions. According to the study, seven years after REMs are enacted, renewables’ share of electricity generation increases by only 2.2 percent, and only 5 percent after 12 years. The authors also found REMs raise retail electricity prices by 11 percent after seven years, producing roughly $30 billion annually in higher costs to consumers. After 12 years and a 5 percent increase in renewables’ share of generation, these prices rise by 17 percent.

In just 12 states, the total net cost of renewable mandates was $5.76 billion in 2016 and will rise to $8.8 billion in 2030, a 2016 study revealed. A 2014 study by the left-leaning Brookings Institution found replacing conventional power with wind power raises electricity prices 50 percent and replacing conventional power with solar power triples electricity costs.

Mandating the state utilize wind and solar energy in its electricity grid was an expensive mistake, and those “renewable” sources could not be counted on when Texans needed them the most. It’s time for the Texas Legislature to recognize that the Renewable Portfolio Standard was a mistake and abolish it, allowing for true competition in the state’s electricity market.

Oil and Natural Gas Light the Way for Texans
https://consumerenergyalliance.org/cms/wp-content/uploads/2018/10/CEA-TX-Report-101218.pdf
This report from the Consumer Energy Alliance examined how the shale revolution across Texas has provided benefits to Lone Star State residents by boosting disposable income and revitalizing communities, saving residential users $7.2 billion, and commercial and industrial users $52 billion.

Do Renewable Portfolio Standards Deliver?
https://bfi.uchicago.edu/wp-content/uploads/2019/05/BFI_WP_201962.pdf
This working paper from the Energy Policy Institute at the University of Chicago finds that average retail electricity prices in states after the passage of a renewable energy mandate are 11 percent higher after seven years and 17 percent higher after a dozen years, even though the increase in renewable electricity generation is a minimal 2.2 percent to 5 percent.

The 100 Percent Renewable Energy Myth
https://www.instituteforenergyresearch.org/wp-content/uploads/2019/02/Renewable-Myth-Policy-Brief219.pdf
This Policy Brief from the Institute for Energy Research argues that a countrywide 100 percent renewable plan would put the U.S. economy in jeopardy. The brief investigates the intermittency, land requirements, capacity factors, and cost of transition and construction materials that limit the ability of the U.S. to adapt to 100 percent renewable energy.

Evaluating the Costs and Benefits of Renewable Portfolio Standards
https://www.heartland.org/publications-resources/publications/evaluating-the-costs-and-benefits-of-renewable-portfolio-standards?source=policybot
This paper by Timothy J. Considine, a distinguished professor of energy economics at the School of Energy Resources and the Department of Economics and Finance at the University of Wyoming, examines the renewable portfolio standards (RPS) of 12 different states and concludes while RPS investments stimulate economic activity, the negative economic impacts associated with higher electricity prices offset the claimed economic advantages of these RPS investments.

The U.S. Leads the World in Clean Air: The Case for Environmental Optimism
https://files.texaspolicy.com/uploads/2018/11/27165514/2018-11-RR-US-Leads-the-World-in-Clean-Air-ACEE-White.pdf
This paper from the Texas Public Policy Foundation examines how the United States achieved robust economic growth while dramatically reducing emissions of air pollutants. The paper states that these achievements should be celebrated as a public policy success story, but instead the prevailing narrative among political and environmental leaders is one of environmental decline that can only be reversed with a more stringent regulatory approach. The paper urges for the data to be considered and applied to the narrative.

Policy Brief: How the Green New Deal’s Renewable Energy Mining Would Harm Humans and the Environment
https://www.heartland.org/_template-assets/documents/publications/PBdriessenmining2Apr20.pdf
In this Heartland Institute Policy Brief, Paul Driessen, senior policy advisor with the Committee For a Constructive Tomorrow, argues expanding mining on the scale needed to meet the renewable energy requirements contained in the Green New Deal and other proposed renewable energy mandates would cause unimaginable harm to the environment, wildlife, and humans.

Policy Brief: Protecting the Environment from the Green New Deal
https://www.heartland.org/_template-assets/documents/publications/EnviHarmsPB.pdf
This Heartland Policy Brief by Paul Driessen, senior policy advisor with the Committee for a Constructive Tomorrow, reviews the largely ignored environmental damage that would result from the expanded use of renewable energy mandated under the Green New Deal.

Policy Brief: The Green New Deal: A Grave Threat to the American Economy, Environment, and Freedom
https://www.heartland.org/_template-assets/documents/publications/GreenNewDealPB.pdf
The Heartland Policy Brief argues the Green New Deal is a dangerous combination of environmental extremism and socialism. The tremendously expensive proposal would devastate the U.S. economy and cause more environmental destruction than protection. The provisions of the Green New Deal pose a dangerous threat to the American values of individual freedom and limited government.

The Social Benefits of Fossil Fuels
https://www.heartland.org/publications-resources/publications/the-social-benefits-of-fossil-fuels
This Heartland Policy Brief by Joseph Bast and Peter Ferrara documents the many benefits from the historic and still ongoing use of fossil fuels. Fossil fuels are lifting billions of people out of poverty, reducing all the negative effects of poverty on human health, and vastly improving human well-being and safety by powering labor-saving and life-protecting technologies, such as air conditioning, modern medicine, and cars and trucks. They are dramatically increasing the quantity of food humans produce and improving the reliability of the food supply, directly benefiting human health. Further, fossil fuel emissions are possibly contributing to a “Greening of the Earth,” benefiting all the plants and wildlife on the planet.

Climate Change Reconsidered II: Fossil Fuels – Summary for Policymakers
https://www.heartland.org/publications-resources/publications/climate-change-reconsidered-ii-fossil-fuels—summary-for-policymakers
In this fifth volume of the Climate Change Reconsidered series, 117 scientists, economists, and other experts assess the costs and benefits of the use of fossil fuels by reviewing scientific and economic literature on organic chemistry, climate science, public health, economic history, human security, and theoretical studies based on integrated assessment models and cost-benefit analysis.